Sky Gold Corp acquires the Imperial project located adjacent to the Perron project from Amex Exploration, Quebec, expanding its exploration portfolio for precious and base metals


VANCOUVER, BC / ACCESSWIRE / May 27, 2021 / Sky Gold Corp. (TSX-V: SKYG) (OTC PINK: SRKZF) (“Sky Gold” or the “Company”) is pleased to announce that it has signed two definitive agreements (collectively the “Contract”) for two contiguous claim blocks (the “Claims” or “Projects”) comprising the Imperial Property (“Imperial” or the “Property” ) which shares 4.7 kilometers of its northern border with the Perron property of Amex Exploration (TSX-V: AMX) in Quebec, where high-grade gold has been intersected in three zones along a corridor of 3, 2 kilometers. To the east, the claims are adjacent to Generic Gold Corp. (CSE: GGC) which is expected to begin drilling 7,500 meters in the coming weeks, targeting both orogenic gold and gold-rich volcanogenic massive sulphide (VMS) -type mineralization. The two projects, named The Queen and The King, comprise a set of 228 claims covering approximately 6,575.84 hectares in the gold and prospective region of the Abitibi greenstone belt in Ontario and Quebec. Refer to the maps in Figures 1 and 2.

Mike England, CEO and Chairman, commented: “The acquisition of Imperial Property is the result of over 12 months of discussions and negotiations, and we are very pleased to finally close this transaction. New geological interpretations in Quebec have now led to some very interesting discoveries, like Amex and Starr Peak, and we are eager to start exploring for gold and base metals in very similar geological units in Quebec as well as on the trend. across the Ontario border. ”

The property rests on an intermediate mafic metavolcanic belt of the Stoughton-Roquemaure group and the Hunter mining group, bordered to the north by a grauwacke unit of the Chicobi group and to the south by the syn-tectonic pluton of Lake Abitibi. The property is crossed east-west by the Abitibi Thrust fault, which plunges 70 degrees to the south. The lithological ensemble as a whole is oriented east-west and sinks steeply to the south and is contiguous with the Amex Exploration property to the northeast. 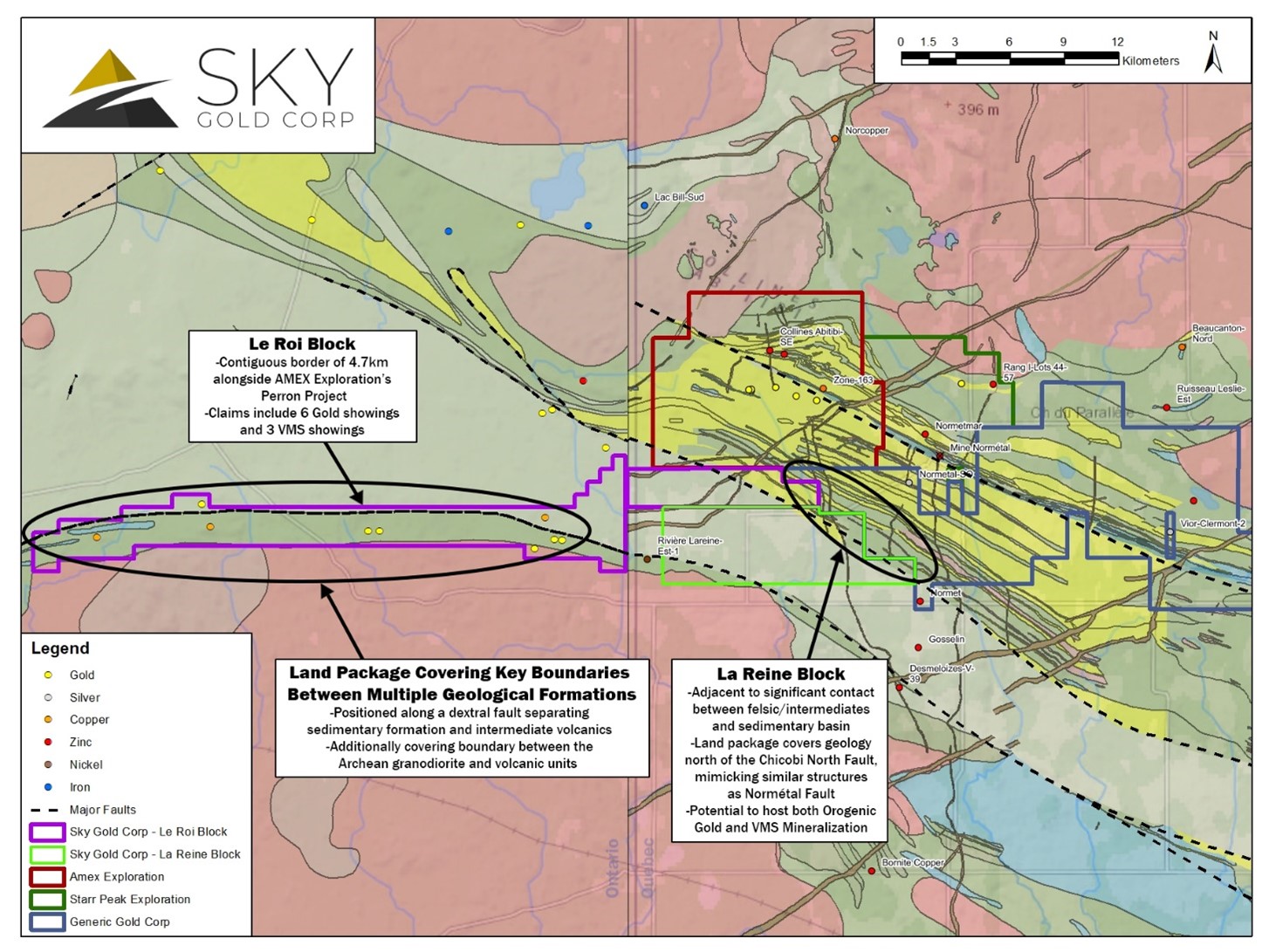 Figure 2: The imperial property of Sky Gold Corp. is based on geology as mapped by the Ontario Geological Survey and the Quebec Ministry of Energy and Natural Resources

Qualified person – Catherine Fitzgerald, P.Geo., A Qualified Person under NI 43-101 and Independent Director of Sky Gold, is the Qualified Person responsible for reviewing and approving the technical content of this press release with respect to the Project imperial.

Sky Gold Corp. is a junior mining exploration company engaged in the acquisition and promotion of mining properties in Canada and the United States. In addition to the Company’s properties in Newfoundland, the Company also owns the Evening Star property, located 12 km southeast of Hawthorne, NV, which holds promise for gold mineralization and the base of the replacement deposit. of carbonate (CRD) and precious mineralization (silver and gold).

ON BEHALF OF THE BOARD